AVS-elli is the Australian Agent for HESCO products

The original earth-filled defensive barriers: available in Australia through AVS-elli.

Its unrivalled innovative design has safeguarded personnel, vehicles, equipment, facilities and other critical assets for governments, the military and humanitarian and civilian operations for over two decades.

MIL HAS PROTECTED TROOPS IN CONFLICTS AROUND THE WORLD SINCE 1991

ASSEMBLE AND FILL IN MINUTES

MIL comes as a flat packed unit and can be assembled faster with minimal manpower, handling equipment and fill material.

A 10m long wall will take two people and one front-loading machine only 20 minutes to construct. Using sandbags, the same wall will take eight people eight hours to build and needs three time as much fill material.

MIL units unfold and are positioned, pinned together and filled with local materials like sand or earth. Because the units are pinned together, they can create limitless defensive structures anywhere, anytime.

The structure and assembly may be simple, but the HESCO MIL units can withstand blast and ballistic threats, terrorist attacks and protect personnel from explosions and projectiles.

MIL is made from strengthened zinc-aluminium coated steel which delivers exceptional protection and stability against a range of attacks.

AVS-elli design and build firing ranges using HESCO barrier products. We can create conceptual drawings to help you get the configuration of your range right before you begin construction.

With the HESCO system, there is no requirement for creating earth embankments/berms. Existing berms can be used to fill the MIL units.

HESCO MIL units can be moved so you can re-design your firing range.

Our firing ranges are for the following applications:
RIFLE
SHOTGUN
PISTOL

SUPIC and SUVIC are registered trademarks of Tallwang Holdings trading as AVS-elli. They are demountable structures designed to confine suspect persons or vehicles that may be carrying explosive devices. They are designed to withstand particular common charge sizes.

AVS-elli was tasked to design an enclosure to securely contain a person suspected of carrying a bomb of up to 9kg of TNT equivalent, with a 1kg ballistic load, made up of 6mm diameter ball bearings. The enclosure was to be portable and light enough to be transported on a truck complete, or assembled by military or security personnel at a site where the risk of a suicide bomber was real. The compound was given the working name of SUspect Person Isolation Compound, abbreviated to SUPIC.

The purpose of the SUPIC enclosure is to provide a secure area in which a suspected bomb carrier may be safely screened electronically. Should they be carrying a bomb, and initiate the bomb, the SUPIC would confine the ballistic material and cause the blast to reflect, deflect and dissipate in a manner to best protect the screening personnel and other innocent parties in the area. 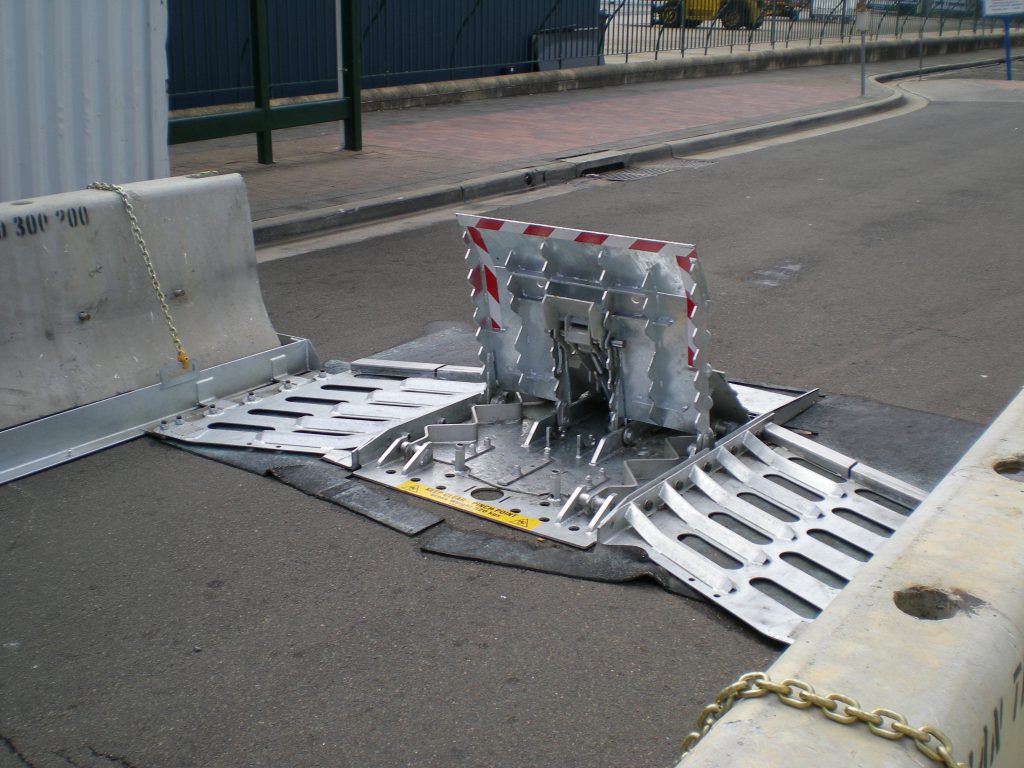 A standard 110mm panel will provide similar protection to 550mm of reinforced concrete.

AVS-elli is an innovative leader in the manufacture of state of the art data destruction and “Hostile Vehicle Mitigation” (HVM) equipment and bespoke security products.

We specialise in rapid install, rapid replacement folding block vehicle barriers for the protection of assets on multistorey buildings on suspended slabs. AVS-elli holds patents for ”End of Life Data Destruction” (ELDD) in both fixed and mobile applications.